The following is an excerpt from the free Advent devotional guide “Silence and Sound.”  Download your free copy today here.

The wall, rebuilt
Captives return home
Israel, no longer dispersed, living together in the land
The last prophet, Malachi says, “remember the Law of Moses”[1]
and a promise, to “send Elijah to Israel before the day of the Lord.”[2]

Then, silence as they listened.
No more words from heaven,
just deafening silence.
As they strained to hear.

Has God forgotten us?
Have we sinned so much that God turned his back on us?
No.  In silence, God waited too.
God waited for the “Pleroma”- fullness of time.

God waits, as Israel listens.
“When the fullness of time came, God sent forth His son, born of a woman, born under the law,
to redeem those under law, that we might receive the adoption as sons.”[3]

First, God’s voice is heard in the wilderness,
PREPARE THE WAY; repent, for the Kingdom of God is at hand.

A voice calls then; a voice still calls now.
But only those who hear, will hear the message.

Only those who listen intently,
listen in the silence, wait in the darkness
will have ears to hear the message:
The Kingdom of God is at hand.

As promised, our contemplative Advent devotional is ready now for download.  Beginning Friday, December 1 through December 25, enjoy a reading and contemplative exercise each day.

“Silence & Sound Advent 2017 is our gift to you this Advent season. We hope that through this devotional, you are called to deeper understanding and fuller practice of the faith we share in Christ! We worked together across the world to compile these readings and thoughts as short daily readings with accompanying contemplations or actions you can pick up at any point in the day or integrate into your personal advent practice.”

“Silence and sound are two vital themes in the Old Testament. Although this pair are often discussed as opposites, we have placed them on a spectrum–silence can sound like many different things. From the beginning, we encounter the silence of the void into which the Creator speaks, a certain silence of good creation at peace as the Creator rests; but also the silence of Adam during the Temptation, the silence of Eve as she gives the serpent too much shrift, the silence of dread that must have filled their ears, knowing the Lord God would show up. Silence gives the foundational mythos of Scripture its cadence, while sound accompanies the interventions of the Creator. God speaks, and the world is created, and so the morning stars sing for joy. Prophets prophesy and kings decree; people cry out in repentance, and then praise.

“All the way through, silence and sound punctuate this holy history of the Old Testament. The silence of pain: from the uncomfortable silence between Abraham and Isaac on Mount Moriah to the deathly silences Esther endured to save her people. The sound of distress: the sound of Israelites groaning under their slavery, the repentant sound of Nineveh’s decree, and the reluctant sound of Jeremiah’s prophecies. The silence of blessing: from the stupefied silence as his brothers are reconciled to Joseph to the hushed silence as the ark of the covenant is placed in the Temple. The sound of victory: the sound of the Lord God cursing the serpent, the sound of the ram’s horn and warrior’s shout crumbling Jericho, the sound of Isaiah’s response “Here am I.”

“Beyond these guiding narratives, we find silence and sound woven through the lives and the faith of believers throughout history. Silence and sound can be sources of strength when we have trained ourselves to hear them. If we will attune our ears and attend to the message, we will hear the glory of God in the sounds and silences of life. The Advent season is a reminder to us of the power of waiting and listening as well speaking out. May the voice of the Lord guide your lives and faith!” 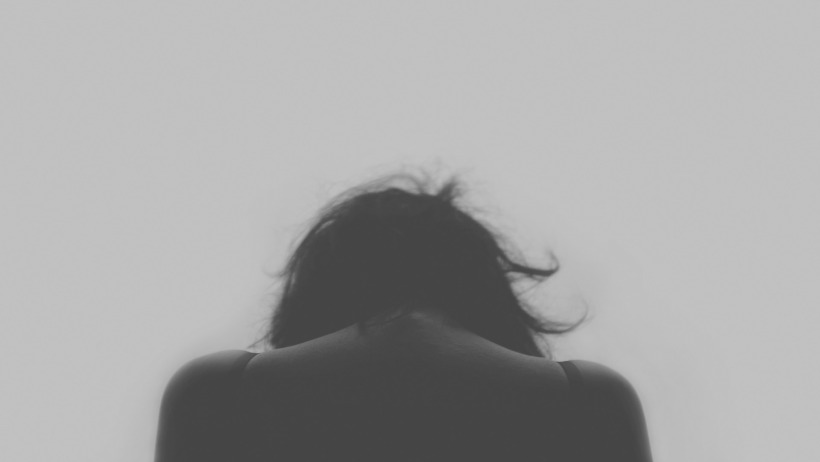 Last Friday evening I returned to Seoul after a long, hot week in Bangkok partnering with and learning from ministries deep in the trenches of the Red Light districts.  I’ve never been more thankful to flop in my own bed and simply be in silence (8 high school girls and 3 leaders all staying in one room is an experience too much for anyone – especially an introvert).  I have also never been more touched experiencing God at work in some of the darkest places on the planet.

Many stories and books lie unwritten (for now) after this intense trip, but today I write just one of them.

Jill* attends our school and is a Junior this year.  An extremely intelligent, sheltered 16-year-old with kind eyes and a compassionate smile holds a bright future in front of her.  This bright future, surely pushed on her by her ever-achieving Korean parents, consists of ivy league schools, some lucrative career she probably doesn’t want, and high academics along the way… this girl is now friends with a prostitute.

Jill confided in our team earlier during the trip that she doesn’t like to cry,
especially with people.
She only cries alone.
When told that this trip “makes you cry” she questioned, “What if I don’t cry?  Does that mean I don’t care?”

I assured her everyone’s response to injustices like trafficking and prostitution is different.  Some people respond with tears, others respond with anger and even some respond with silent breaking.

As we cleaned up the nail polish, put away the chairs and swept the room that evening, I noticed Jill was not with the rest of the team.  Our team threw a party – a party for prostitutes!  A prostitute party.  The blue hairs at church would change the subject at hearing about this kind of a party.  No one talks about prostitutes at church.  (Yet the Bible seems to be brimming with prostitutes – and what a horror to see that one of them, Rahab, even makes it into the genealogy of Jesus Christ in Matthew’s Gospel!  This, my dear readers is for another blog.)

During the prostitute party, we laughed, oh how we laughed.  Laughter always seems to extend beyond language and cultural barriers.
The gift of laughter breaks down walls.
Laughter reminds us we are all the same, we are all human.
We played games, we worshiped together, we experienced the Spirit of God at work in the lives of these precious women.  The only difference between “us” and “them” is just perhaps that life experiences somehow forced them to make a living in this way.  To be exploited and sell their bodies to survive.

Jill became friends with a prostitute.  A bleached-blonde, 40-year-old beautiful Thai woman.  This woman waited patiently to talk to Jill.  She waited patiently to have Jill, and only Jill, paint her nails.  They laughed together trying to bridge the language gap and made a strong connection that night.  The 16-year-old Korean girl and the 40-something-year-old prostitute.

After the women left and we continued cleaning, I discovered Jill in the corner, alone, with crocodile tears streaming down her eyes.  She looked away from me as I approached her, embarrassed.  This young girl who doesn’t like to cry in front of anyone; so I simply wrapped my arms around her.

“Yesterday when we saw the women standing in front of the bars and on the streets I was numb.  I didn’t feel anything.”

“But tonight, I realized these women are people.”

There are many ministries who work to provide jobs with dignity to men and women who are in vulnerable situations, especially in Bangkok.  For more information, or if you’d like to donate any amount please visit:
http://www.dtonnaam.org/
http://www.nightlightinternational.com/about/

“Shame is born in public and lived out secretly;
what is not seen cannot be scrubbed away
But so much can be made bearable by love
By cherishing what is
and not condemning fault or flaw
By never locking doors
By keeping hearts open
And holding each other forever in the light”

-Jennifer Worth, Call the Midwife 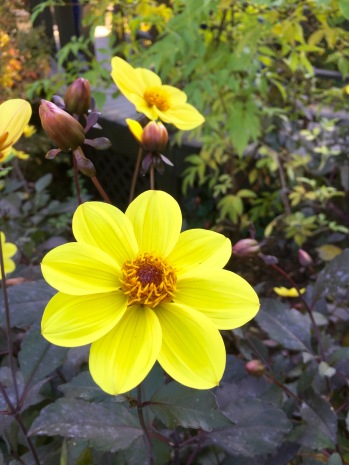 Malachi 3:1  “’I will send my messenger, who will prepare the way before me. Then suddenly the Lord you are seeking will come to his temple; the messenger of the covenant, whom you desire, will come,’ says the LORD Almighty.”

These were last words God spoke.  For 400 years.

The people waited.
And they kept waiting.
400 years passed;
God was silent.
146,000 silent nights.
But all the people were watching and waiting,
and watching some more.

They knew God was with them as they watched and waited,
but, the promise…
from the prophet Isaiah:
For unto us a son is born
Unto us a son is given
The peace, justice, righteousness…
they knew these were coming.
They knew HE was coming.

But, do you think the people wanted to give up?
Did they get tired of waiting?
Did they think God’s promises weren’t going to come to be?

But the next time God spoke, it wasn’t through a judge, king or prophet.
It was in the cry of a Baby.
God would break the silent nights, with a not so silent night,
through the screaming cry of a baby.
The Son of God,
Emmanuel,
GOD WITH US.

Two people waited expectantly day and night in the temple worshipping God, waiting for the Messiah, or the Christ.

Luke 2:25-32  “There was a man in Jerusalem whose name was Simeon. This man was righteous and devout, looking forward to Israel’s consolation, and the Holy Spirit was on him. It had been revealed to him by the Holy Spirit that he would not see death before he saw the Lord’s Messiah. Guided by the Spirit, he entered the temple complex. When the parents brought in the child Jesus to perform for Him what was customary under the law, Simeon took Him up in his arms, praised God, and said:
‘Now, Master, You can dismiss Your slave in peace, as You promised.
For my eyes have seen Your salvation. You have prepared it in the presence of all peoples— a light for revelation to the Gentiles and glory to Your people Israel.'”

Luke 2:36-38  “There was also a prophetess, Anna […] . She was well along in years, having lived with her husband seven years after her marriage, and was a widow for 84 years. She did not leave the temple complex, serving God night and day with fasting and prayers. At that very moment, she came up and began to thank God and to speak about Him to all who were looking forward to the redemption of Jerusalem.”

Simeon and Anna both were waiting,
and after waiting so long, they finally gazed into the eyes of God-
a baby.

Someone asked me last week – why do we celebrate Jesus coming at Christmas time so much? What’s so special about it?

Jesus was and still is the hope of all mankind.
Jesus was and is God – who came to earth to live as one of us,
to share in our sufferings, our struggles,
to live as we live,
and years later – this baby, now a man
would die on a cross and rise again
because of one reason:

And that indeed is good news,
the good news of love
that was worth waiting for all those years. 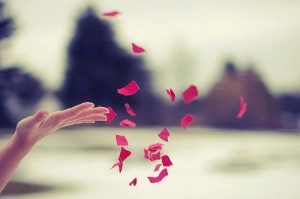 Letting go.
Letting things die
so i can live..
so I can really live, again.

There is life, even in death
because some things need to die, so other things can live
like dreams

But why do we keep praying for clarity?
We are never promised clarity
But … but
we can walk by faith, and not by sight
we can choose trust instead of the questions

And somehow in the mess
there is beauty
in the ashes
and in the end
we may experience a joy that only comes from Him in the midst of the
madness, chaos, confusion and doubt..

and a seed of joy is planted
growing bit by bit
sprouting into a tree.  A tree of life.  Again.